Jon Blackwood with N. Hasanbegovic & D. Premec: DISCUSSION: Museums and galleries best depict the problems and subsistence of all of Dayton Bosnia and Herzegovina 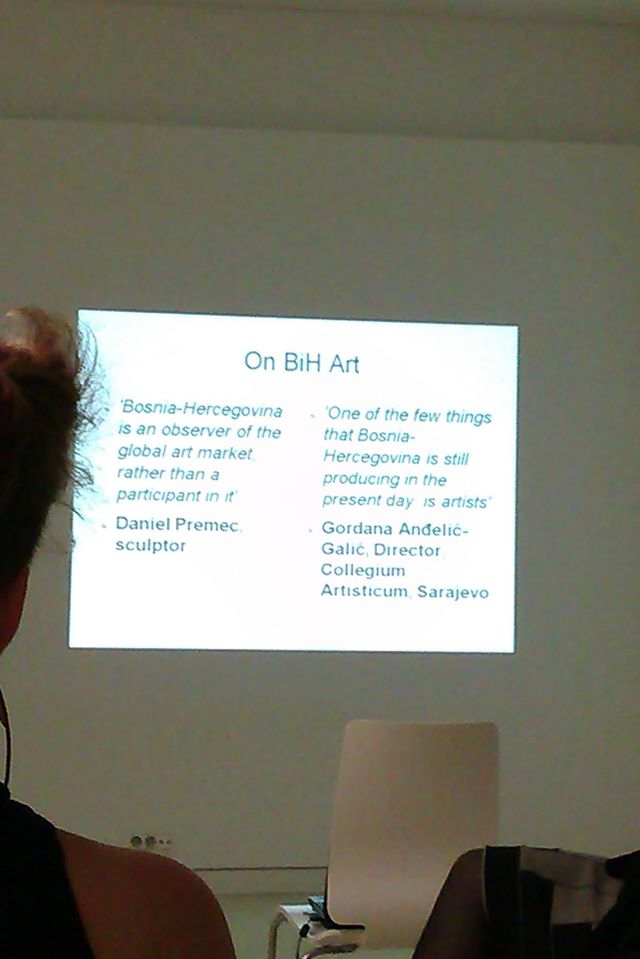 Jon Blackwood with N. Hasanbegovic & D. Premec: DISCUSSION: Museums and galleries best depict the problems and subsistence of all of Dayton Bosnia and Herzegovina

This three-channel video installation called Lost Identities deals with the issue of culturicide in Bosnia and Herzegovina. The authors of the video talk from their own experience about illness within Bosnian-Herzegovinian society, in which culture and cultural identity are generally marginalized, as well as visual art. The current state in which culture is situated is a result of the long-term politics, directed against everything with a prefix of Bosnian-Herzegovinian, and has a tendency to create ethno-denominational social order. Historically, the aim is to try to prevent a continuous affirmation of multiculturality and cultural collectivity in Bosnian-Herzegovinian society, and to impede a promotion of cultural qualities of these local nations, which should connect rather than separate the people.
Local museums and galleries, especially in Sarajevo, show the real problems and the hard life of Dayton’s Bosnia and Herzegovina: they have been closed because official authorities still have not found a permanent solution for their legal status. Many appeals and desperate calls for help, made by workers in cultural institutions, were addressed to the responsible politicians, who only offered one-time financial assistance but otherwise empty promises. Forced by bureaucratic negligence and determined to cut this endless agony, the cultural workers decided to close the doors of their institutions to the public. The National Gallery of Bosnia and Herzegovina was the first to close its doors to the public in 2011. It led to the closing of the most important cultural institution in Bosnia and Herzegovina – the National Museum, in 2012.