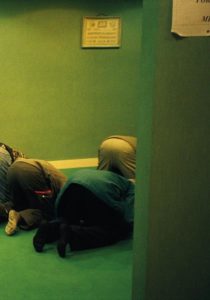 | Promotion of the book
BREDA’S LESSON

The symposium was organized and conceived by Dubravka Cherubini and Ana Čavić in collaboration with the artist’s estate and Kalfayan galleries from Athens/Thessaloniki, and with the support of Slade’s School of Fine Art, University College of London.

| Breda Beban (24.12.1952, Novi Sad – 23.04.2012, London) was an artist, filmmaker, curator and creative producer whose works mainly deal with contemporary topics and emotions that appear in stories of politics and love. Breda’s films and photographs are recognized as unique expressions of intimacy, vulnerability and authenticity. Born in Novi Sad in 1952, Breda Beban grew up in Macedonia and Croatia. She studied painting at the Academy of Fine Arts in Zagreb and started her career as a painter and conceptual artist. She soon became interested in film, video and photography. In the early 1990s, after the outbreak of war in the region, with longtime partner Hrvoje Horvatić, she left Yugoslavia. In the beginning, they travelled to finally settle down in London where they lived together and worked up to Horvatić’s untimely death in 1997. Breda continued to work alone or with other artists and left a wealth of body of work exhibited in the most famous European and American museums and galleries. Breda Beban lived in London and Sheffield, where she was a professor of media arts at the Sheffield Hallam University. She died in 2012
http://kinotuskanac.hr/director/beban-breda?archived