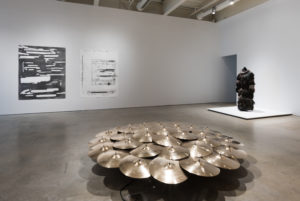 He has independently curated many exhibitions, including: Interstellar Low Ways (with Huey Copeland); A Unicorn Basking in the Light of Three Glowing Suns (with Philip von Zweck); and Sun Ra, El Saturn & Chicago’s Afro-Futurist Underground, 1954-68 (with John Corbett and Terri Kapsalis). He was one of three curators of the 2014 Whitney Biennial.

Anthony will present his work as a curator and the Institute of Contemporary Art in Philadelphia, and his independent activities and will have an informal exchange of experiences with the present artists and visitors about art and art production.
+
Anthony is a guest at the Institute for Contemporary Art in Zagreb as part of the YVAA – Young Visual Artists Award network which Radoslav Putar Award is a co-founder of.
As part of this program, the organizers of 12 European awards for young artists from 12 different European countries will be present in Zagreb along with the hosts from Residency Unlimited, New York, Trust Funds for Mutual Understanding, New York, and the program founder Wendy Luers.
+
The opening of the Radoslav Putar Award exhibition Finale 2018!!! is
on Thursday, June 7, 2018,
at Mali Salon, in Rijeka,
organized by ICA Zagreb and MMSU Rijeka.

Organization of the talk with Anthony Elms: Institute for Contemporary Art, Attack and Medika

Photo: The Freedom Principle: Experiments in Art and Music, 1965 to Now
http://icaphila.org/exhibitions/8015/the-freedom-principle-experiments-in-art-and-music-1965-to-now