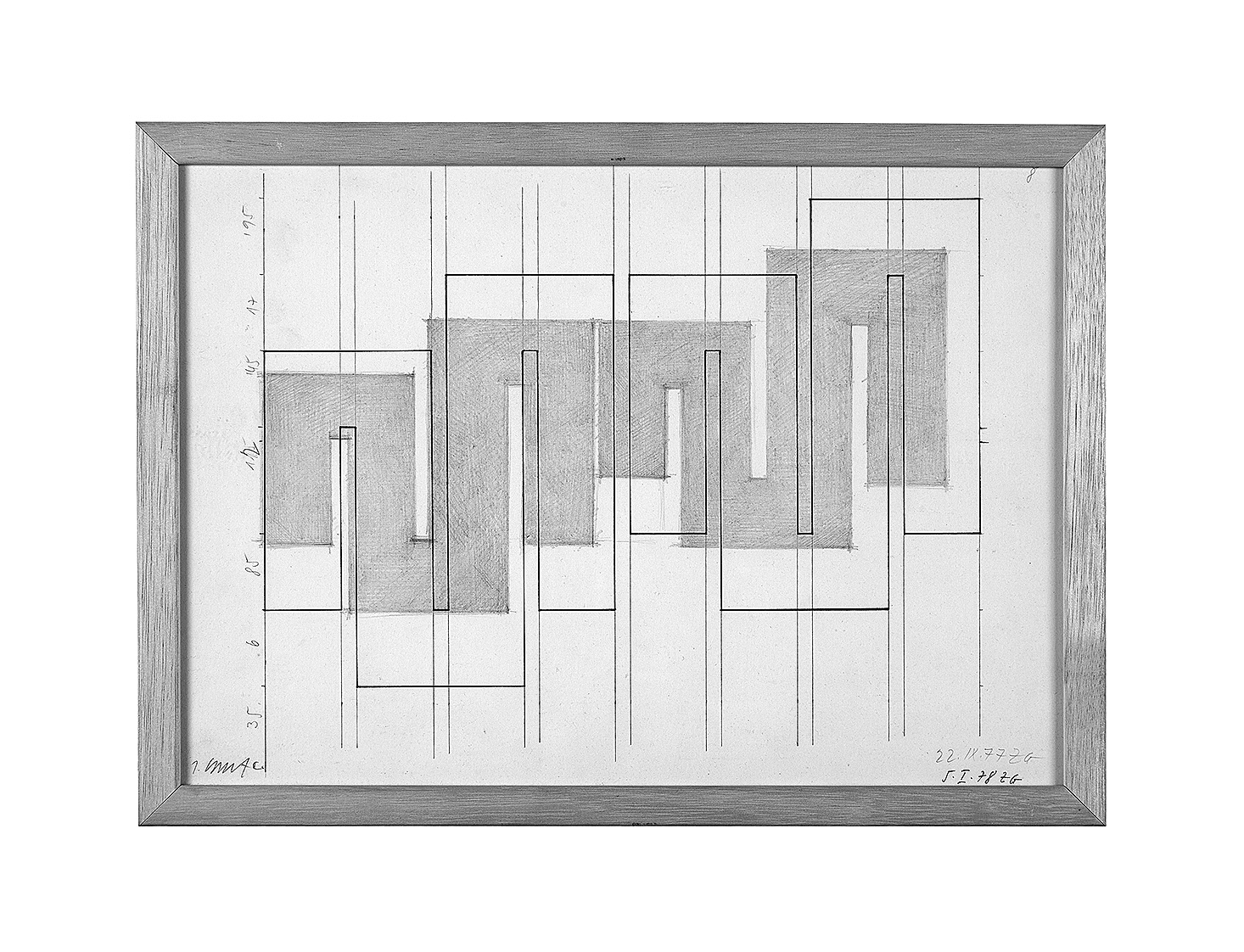 RÈGLES ET ÉMOTION is a series of drawings named after the sentence of the cubist Georges Braque: J’aime l’émotion qui corrige la règle I like the emotion that corrects the rule.

Juan Gris’s response was C’est la règle qui doit corriger l’émotion A rule is one that needs to correct an emotion.

RÈGLES ET ÉMOTION is a unique work that interprets the process of Knifer’s work, from imagination to execution.

It is a complex study from 1979 that develops on 20 pencil and ink drawings on paper. On very gentle pencil drawings, Knifer subsequently intervenes with technical precision with a black line, along which he records numerical markings. He used a similar procedure when developing sketches for larger projects, large paintings and murals.

The drawings are dated twice, depending on the date of the intervention in each layer of the work, despite his own diary notes, in notebooks whose small selection is also on display, about how time in his work plays no role and it is irrelevant when the work was created.

Drawings with graphite pencils that Knifer began to work on in the late 70’s, are becoming the most accurate example of recording the passage of time. He has been working on individual graffiti for months and years, recording execution dates. Filling with a white background, applying a graphite pencil in layers, he gets the effect of black light, which he talks about in the early 60’s as a member of the Gorgona group.

The exhibition was in in 2021, in a slightly different version from this one in Zagreb presented in Graz, Austria, in MUWA – Museum für Wahrenhmnug, where Ana Knifer, as curator of the exhibition, singled out these works, believing that this segment of Knifer’s work explains many procedures of his work process, and offers a key to understanding his conception of art and time.

Photo: Courtesy of the Knifer Archive