THE SECOND EXPLOSION – The ’90s : Lecture, screening and discussion with Tadej Pogačar and Dejan Habicht 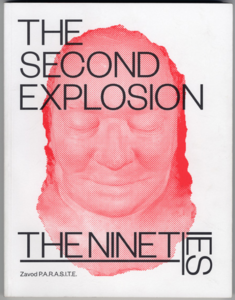 THE SECOND EXPLOSION – The ’90s

|  The Institute for Contemporary Art, in collaboration with the P.A.R.A.S.I.T.E Institute of Ljubljana, cordially invites you to lecture, project and discussion about art in Slovenia in the 1990s.

Artists and authors Tadej Pogačar and Dejan Habicht will talk about the situation in Slovenia and the development of art during the 1990s, the changes that took place on the Slovenian art scene and artistic practices in the context of cultural, social, political and economic changes in the decade after the breakup of Yugoslavia. Newly gained independence and construction of a new cultural and institutional system.
|  The lecture is based on the study and presentation of the multi-year project “The Second Explosion”, culminating in 2016 with the eponymous exhibition organized by the Institute P.A.R.A.S.I.T.E. and the P74 gallery held at several locations in Ljubljana and a catalog with texts by Božo Repe, Tadej Pogačar, Nina Popič and Polona Poberžnik, Dejan Habicht, Barbara Sterle Vurnik, Vladimir Vidmar and Tjaša Pogačar Podgornik, designed by Ajdin Bašić.

“After the explosion of the Neo-avant-garde in the ’60s, primarily heralded in Slovenia by the OHO group, the ’90s brought a second explosion of artistic production, which was, in its own way, a continuation of the radical art practices from the ’60s and ’70s. The exhibitions in Ljubljana showcased a segment of artistic production that we might label as ‘art after post-modernism’. The exhibition The Second Explosion – the ’90s feature a first look at the radical practices in Slovenian visual art in the 1990s in venues of the National Museum of Slovenia – Metelkova, the P74 Gallery, and the Škuc Gallery, and presented works by Jože Barši, Vuk Ćosić, Maja Licul, Marko Peljhan, Alenka Pirman, Tadej Pogačar, Marjetica Potrč, Marija Mojca Pungerčar, Franc Purg, Anja Šmajdek, Nika Špan, Apolonija Šušteršič and Janja Žvegelj.”

|  The lecture was organized as part of the pre-program of the exhibition ‘90s: Scars‘, which addresses the arts in Central and Eastern Europe in the 1990s, and which is being prepared by the Institute for Contemporary Art within the frames of the European Capital of Culture, Rijeka 2020 at the Museum of Modern and Contemporary Art in Rijeka. 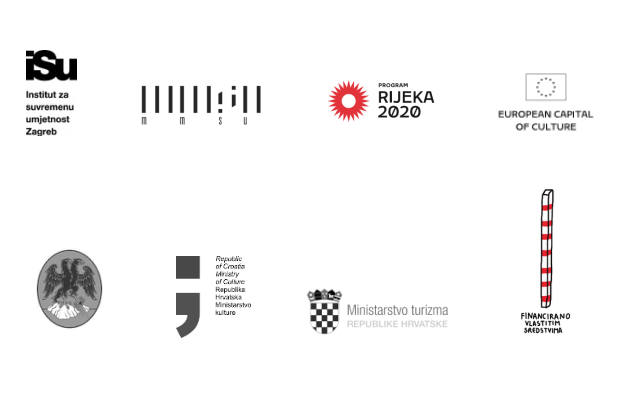