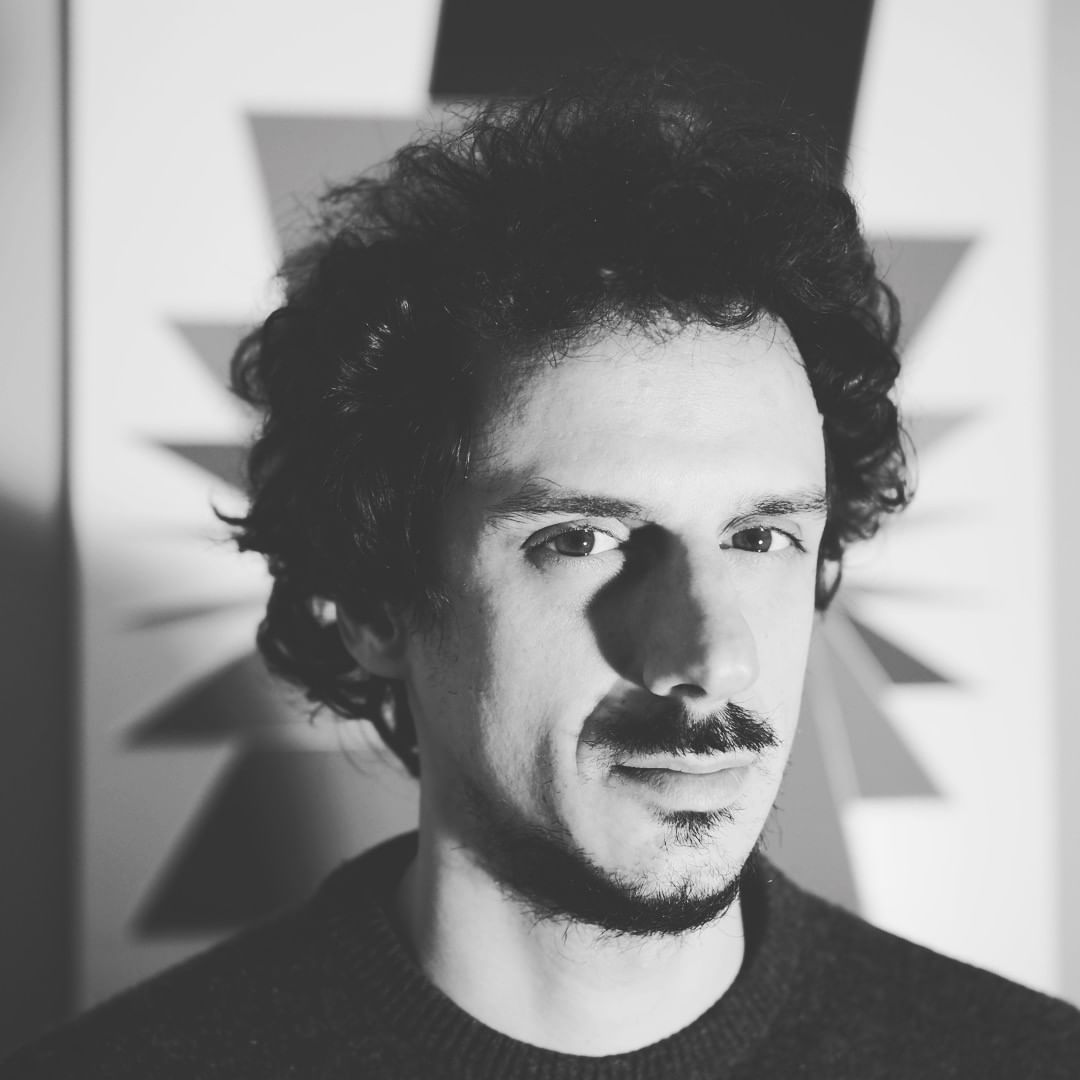 He worked as an associate professor at the Department of Fine Arts and Graphic Design at the Faculty of Graphic Arts in Zagreb. He participated in the Scientific and Professional Meeting Aestheticization and Rehumanization of Public Space, Art as Therapy, Painting KBC Rebro, Zagreb, 2017. He is a recipient of the Young Artist Award for 2017. He is a member of the HDLU and HZSU. He lives and works in Zagreb. 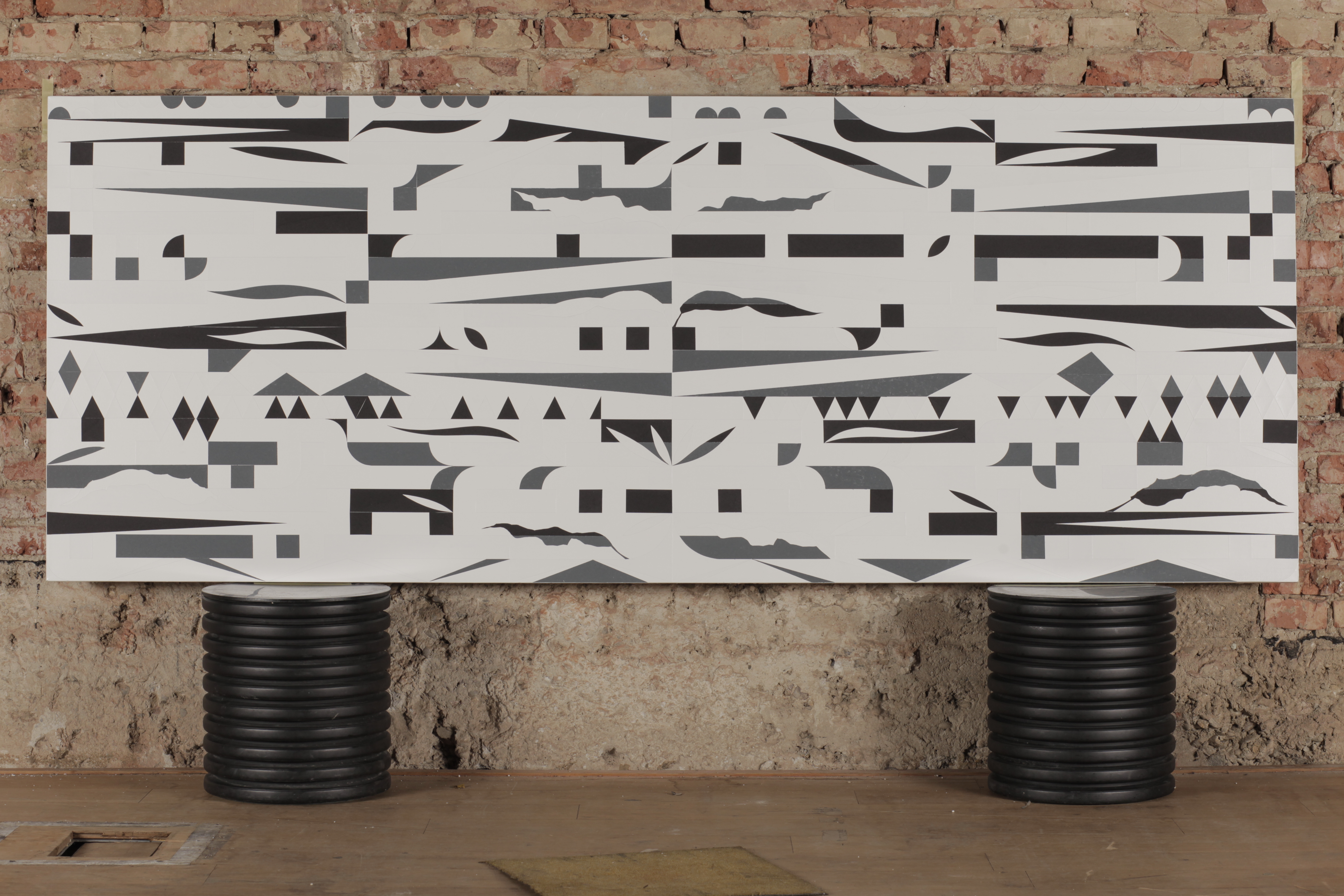 The Palindrome series consists of 26 large formats that can function separately and can be part of a diptych or triptych. At the exhibition, I present 9 works that make up 3 triptychs. The works are made in the collage paper technique, without a sketch, intuitively. The left side of the image is positive or negative towards the right side of the image.

My work is based on geometric abstraction. I think about composition, shape and colour, but in the last year, I have been intensively thinking about work as an object.

While working for my exhibition in Lauba (February 2020), the focus was on 100 x 270 cm monolithic canvases that were turned into diptychs and triptychs and filled up a large gallery space, the other works I exhibited were cardboard objects. These objects were artworks that were continued from previous work that I did in April last year when I attended a residency program in Leipzig, together with Miran Blažek and Ana Ratković-Sobota.

The objects are 40x40x5 cm in size and consists of a 1mm thick cardboard that is painted and stacked on top of each other. Each object consists of 400 cut pieces of cardboard. The objects are on a pedestal that l made of mediapan, also 40 cm wide and 5 cm thick but 120 cm high.

Objects show an outline that changes with each next object, shapes are mostly basic, semicircles, triangles, stepped shapes, very simple clean lines that flirt with the paintings in gallery space, creating a dialogue between them. Also, the objects include 3 smaller works that show the transformation of primary to secondary colours.